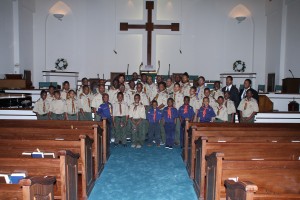 Mt. Zion A.M.E.Zion Church has the distinction of being the only organization in the Greater Montgomery area that has all three scouting units for children and youth.

First chartered:  March 31, 2003
Service boys sixth to 12th grade or up to18 years of age
Service area includes but not limited to the sixth graders of the above elementary schools.  Inclusive are the following schools: Southlawn Middle, McIntyre Middle, Bellingrath Middle and Baldwin Middle Magnet.
Montgomery area high schools
Average membership: 15 to 20 boys
Leaders are made up of parents and church volunteers 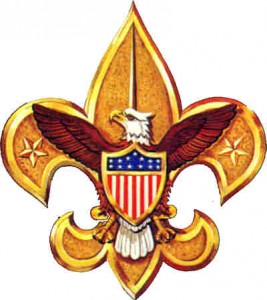 First chartered: December 31, 2005
Service youth ages 14 to 22 years old (male and female)
Average membership varies between 15 to 25 youth
Service area: Membership includes the entire youth department of the church, but is open to any youth who meets the age requirement and want to adhere to the goals and aims of scouting.
Leaders are made up of parents and church volunteers.