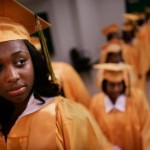 Twenty-one years ago the scholarship ministry began when Mrs. Annie S. Thomas, a previous Sunday School Superintendent, suggested to Reverend Claude A. Shuford, the idea of having a banquet to raise money for graduating seniors. From their first efforts every graduating senior received a monetary donation. This scholarship was first named in honor of a ninety-six year old Sunday school member of Mount Zion, Mrs. Bonetta Edwards. In 1993, Mrs. Catherine Neal, Doctor Joseph Jackson, the late Mrs. Celestine Ruston and the late Mr. H.G. Stoutermire met with Reverend Shuford to initiate a true scholarship fund with a criteria and a greater thrust for raising money for scholarships. This ministry reached new levels and plateaus very quickly. The scholarship was renamed The Edwards-Thomas Scholarship in honor of Mrs. Bonnetta Edwards and Mrs. Annie Thomas, its founder. Today, the scholarship has awarded over seventy-thousand dollars to Mount Zion members. While under the leadership of Mrs. Catherine Neal, the money raised for the scholarships is over one-hundred thousand. After Mrs. Neal’s health declined, the scholarship was renamed The Edwards-Thomas-Neal Scholarship. Mrs. Veronica Handy Palmer is our present chairperson, and a greater work is ahead of us.

The Educare Ministry began about seven years ago. Reverend Robert Felder offered the suggestion that all persons attending college should be eligible. This suggestion pleased the Christian Education Board and Pastor Shuford. Thus, Educare was born and remains a viable ministry. Each Mount Zion applicant receives a minimum of three-hundred dollars a year. Mrs. H. Angel Leonard was the first chairperson for Educare. Today, the Educare ministry is funded through the efforts of the scholarships ministry. It is a blessing!